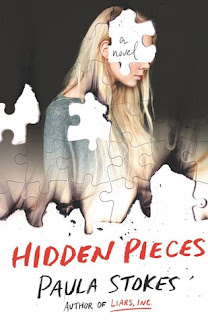 Goodreads Summary:
Embry Woods has secrets. Small ones about her past. Bigger ones about her relationship with town hero Luke and her feelings for someone new. But the biggest secret she carries with her is about what happened that night at the Sea Cliff Inn. The fire. The homeless guy. Everyone thinks Embry is a hero, too, but that couldn’t be further from the truth.

Embry thinks she’ll have to take the secret to her grave, until she receives an anonymous note—someone else knows the truth. Next comes a series of threatening messages, asking Embry to make impossible choices, forcing her to put her loved ones at risk. Someone is playing a high stakes game where no one in Embry’s life is safe. And their last move...is murder.

My Review:
This was such a good read! I will admit that I almost put it down at one point. The first half, while interesting, seemed to drag a little bit. I enjoyed getting to know the characters, but I found myself needing more excitement. Yes it was suspenseful, but I didn’t really feel that urgency until later in the book.

The second half of the book was where things really sped up and got good! There were lots of things happening, and yet I still wanted more! I needed to know who the culprit was! I definitely didn’t think it was going to be who it ended up being. While I considered a few different characters, all of them were wrong.

I also liked the Epilogue. I think it wrapped up the story really nicely and gave us the ending we all wanted. It did this without being cheesy or over the top as well, which is always appreciated.

4 stars
I received this book for free in return for an honest review.
Posted by Morgan at 10:54 AM No comments: