Drowning in my TBR Pile #2 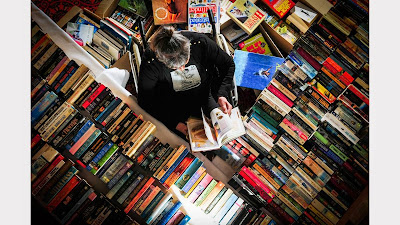 I have WAAAY too many books on my TBR pile (both physical and on my kindle). In fact, it's out of control. So, this post is going to become a monthly thing. You can check out my first post here.

Here's how it works:
At the end of every month, I am going to tell you how many books are on my TBR, how many I have added, how many I have deducted (either by reading or giving away), and my new total number of books on my TBR. This is supposed to help me keep this in check. We will see how it goes. (By the way-- this is only books that I own. They can be physical copies or on my kindle, but this does not include all the books on my goodreads list that I want to read. Just what I already own or have received for review).

That's not a ton of progress, but at least the number is going down!

How many books do you have on your TBR? How do you keep track and keep things under control? I would love to know your secrets!
Posted by Morgan at 10:00 AM 3 comments: 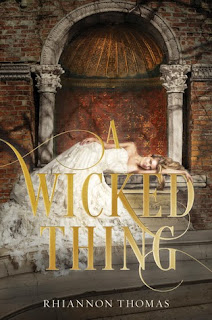 A Wicked Thing by Rhiannon Thomas

Goodreads Summary:
Rhiannon Thomas's dazzling debut novel is a spellbinding reimagining of Sleeping Beauty and what happens after happily ever after.

One hundred years after falling asleep, Princess Aurora wakes up to the kiss of a handsome prince and a broken kingdom that has been dreaming of her return. All the books say that she should be living happily ever after. But as Aurora understands all too well, the truth is nothing like the fairy tale.

Her family is long dead. Her "true love" is a kind stranger. And her whole life has been planned out by political foes while she slept.

As Aurora struggles to make sense of her new world, she begins to fear that the curse has left its mark on her, a fiery and dangerous thing that might be as wicked as the witch who once ensnared her. With her wedding day drawing near, Aurora must make the ultimate decision on how to save her kingdom: marry the prince or run.

Rhiannon Thomas weaves together vivid scenes of action, romance, and gorgeous gowns to reveal a richly imagined world … and Sleeping Beauty as she’s never been seen before.

My Review:
This book was just alright. It didn't impress me, although I had no problem finishing it. I kept wanting to see more romance happen, but it just wasn't there. The ending had an interesting twist that definitely pulled me in. I liked the way that was done. At the same time though, I don't really have a desire to read the next book in the series when it comes out.

Do I recommend this book? If you love fairy tale retellings then you will probably like this book. Or if you don't mind a kind of monotone book that has an exciting twist at the end. It really wasn't as bad as I have made it seem. It just wasn't exciting.

3 stars
I received this book for free in return for an honest review.
Posted by Morgan at 11:17 AM No comments: 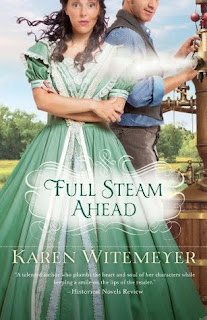 Full Steam Ahead by Karen Witemeyer

Goodreads Summary:
Nicole Renard returns home to Galveston, Texas, to find her father deathly ill. Though she loves him, Nicole's father has always focused on what she's not. Not male. Not married. Not able to run Renard Shipping.

Vowing to find a suitable husband to give her father the heir he desires before it's too late, Nicole sets out with the Renard family's greatest treasure as her dowry: the highly coveted Lafitte Dagger. But her father's rivals come after the dagger, forcing a change in Nicole's plans.

After a boiler explosion aboard the Louisiana nearly took his life, Darius Thornton has been a man obsessed. He will do anything to stop even one more steamship disaster. Even if it means letting a female secretary into his secluded world.

Nicole is determined not to let her odd employer scare her off with his explosive experiments, yet when respect and mutual attraction grow between them, a new fear arises. How can she acquire an heir for her father when her heart belongs to another? And when her father's rivals discover her hiding place, will she have to choose between that love and her family's legacy?

My Review:
I love Karen Witemeyer. She quickly became on of my top two favorite authors, and has remained there. I adore every single book I read by her. She has a gift for drawing you into the story, and rooting for the characters as if you were one of them. I love this about her writing.

I am also a fan of the purity of her books. They are all set in the late 1800s/early 1900s. Back then it was improper for a woman to even show her ankle. So while the kisses in this book may not be considered "steamy" to some (which may be a good thing to others), they are filled with such sweetness and love that fills your heart as the reader. Because of the purity of these books, even the touch of a hand is a big deal, and I love that.
This brings up the point that these are Christian novels. I know some people are turned off by these because they think that they are too "preachy." I am a believer, so religious books don't bother me. However, Karen writes so well that she weaves Christianity into her books without sounding like she is preaching to the reader. It is written really well. 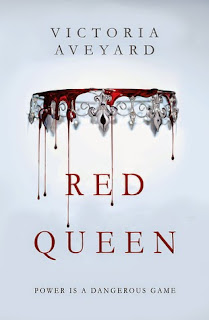 Goodreads Summary:
The poverty stricken Reds are commoners, living under the rule of the Silvers, elite warriors with god-like powers.

To Mare Barrow, a 17-year-old Red girl from The Stilts, it looks like nothing will ever change.

Mare finds herself working in the Silver Palace, at the centre of
those she hates the most. She quickly discovers that, despite her red blood, she possesses a deadly power of her own. One that threatens to destroy Silver control.

But power is a dangerous game. And in this world divided by blood, who will win?

My Review:
Hm. What did I think about this book? I loved the first half of it. I got completely drawn into this world, and could not stop reading. I wanted to know more about the characters, and what was going to happen to them. It was very intriguing. I also liked the friendship and romance aspects of the book. They weren't the main focus, but I liked it. It kept me interested.

Then, as the book continued I started to lose interest. It started to feel like it was dragging on and on. I know this isn't an especially long book by any means, but it definitely felt that way. I started to become bored by the characters. The storyline was moving along, but it was moving slowly.

This was a book that I was extremely excited to read, and it just seemed to let me down a little bit. That being said, the end was very good. The ending hooked me, and now I cannot see what happens next in this trilogy. While this book wasn't my favorite, I know there are many people who do and will love this book. Give it a try!

3 stars
I received this book for free in return for an honest review.
Posted by Morgan at 8:30 AM No comments: